Smooth transitions and seamless wardrobe changes are what any director and crew aim for. We typically don’t recognize the labor the crew undertakes, but the past weeks heightened my appreciation for them and made me realize the several responsibilities they have for the duration of a show.

Carrying furniture, dressing actors, cleaning the stage, even ushering patrons were some of the many things the crew were running around doing. Lights would dim, attention would be drawn to an actor, and the crew clad in black would rush out carrying tables, chairs, and even a shelf. The change was nearly instantaneous, lasting only seconds before the lights rose again and a new scene commenced. Perfecting these transitions was a task that required multiple rehearsals. After several instances of the crew fumbling and fixing their entrances, the scene could be done in near darkness.

Having wandered behind the set a handful of times, I was constantly left in awe as to how the crew could maneuver in that level of darkness. I was always terrified of tripping on my own two feet, but the crew members could easily run out with chairs or an entire table.

If I didn’t see them occupied with discussing how they are going to handle transitions, I saw them busy repairing any accidental breaks to props or furniture. The crew demonstrated the versatile strength of duct tape when they were attempting to fix the lights of the improvised bar. Little items that the audience often fails to account for during the emotional ride of the show are things that I came to appreciate and notice during my time sitting backstage or in the theater.

However, no play or musical is immune from a hectic and chaotic atmosphere. Days before opening weekend were teeming with stress; the crew was running around in efforts to perfect everything for opening night. While they succeeded, no amount of preparation could prepare the crew for mishaps during the shows.

Just  listening to stories of what happened made me stressed (ranging from a missing hat to fallen lights of the bar), but the crew members did everything they possibly could to make sure the actors had a smooth run and weren’t missing anything. Some crew members were the ones pushing wardrobe racks around, while others were helping actors change for different scenes. Wherever the crew member was, they were using their time to make sure their jobs were flawless. 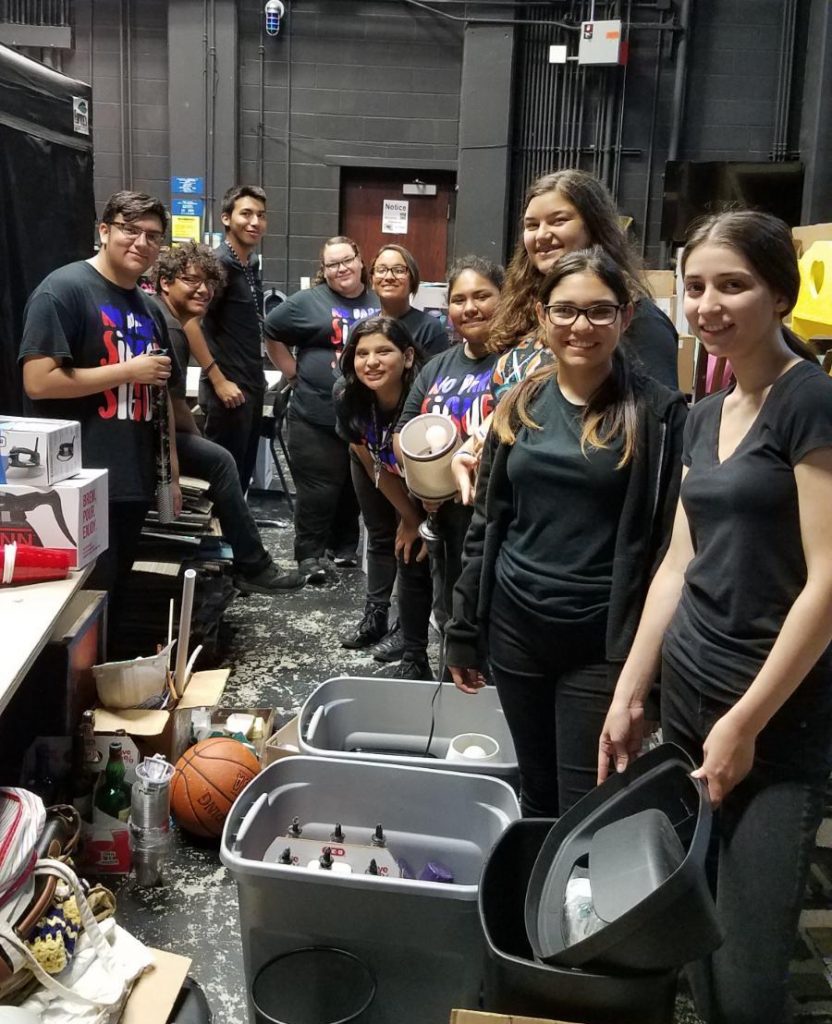