Lend Me A Tenor

Seniors or Students with ID $10

***Please note – Due to current COVID safety protocols, the seating is restricted to 50% capacity at this time. Patrons are asked to keep TWO empty seat between other patrons, ushers will assist with seating.

A hotel suite in Cleveland, Ohio – 1934 On a very important night for the Cleveland Grand Opera Company, Tito Mirelli, the world-famous Italian tenor, is set to perform the starring role of Canio in Leoncavalio’s Pagliacci. Henry Saunders — General Manager of the company — is beyond stressed about everything turning out right, and insists that his assistant, Max — a nervous, young fellow and secret tenor extraordinaire — watch over Tito’s every move to ensure smooth sailing. After a huge fight with his fiery, Italian wife Maria, Tito receives a double dose of tranquilizers through a series of mishaps. Throw in Diana, an ambitious, female co-star; Maggie, Max’s giddy girlfriend; Julia, a flirty head of the opera guild; and a meddling bellhop fighting for Tito’s attention. Together, you have a recipe for comedic disaster. Max navigates the company through one catastrophe after the next — an angry wife, a presumed death, crazy costumes, secret sex romps, and loads and loads of slamming doors and mistaken identities — and, ultimately, takes on the role of Canio to great effect. Together, Max and Saunders find a way to save the Opera Company’s big night in grand, farcical fashion.

* In the original production, and the script we will be using, the opera being performed is Otello. Due to the sensitive nature of actors in “Black Face” make-up. We have decided to switch the operas. Instead Tito and Max will don the clown make-up and costumes required for the role of Canio in Pagliacci. In the musical version of LEND ME A TENOR in London, the opera was switched to Pagliacci with Ken Ludwig’s permission and assistance. We will follow suit with his blessing. 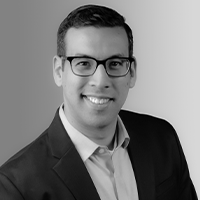 Marco Gonzalez is the Artistic Director of Laredo Theater Guild International and Audio/Video Production Teacher at J.W. Nixon High School. He is a graduate of The University Of Texas At Austin with a Bachelor's Degree of Science in Radio/TV/Film. His directing credits include LTGI's Borders (2021),LTGI's In the Heights (2018), LTGI's Yerma (2018), LTGI’s The Diary of Anne Frank (2015), LTGI's The 39 Steps (2014), LTGI’s Romeo & Juliet (2013) and Imago Theatre’s By The Bog Of Cats (2011). When not involved in community-based theater, Marco is the co-director of Nixon High School’s UIL One-Act Play with Jose Flores. During his time at Nixon, their program has garnered two State appearances for their productions of Mother Courage and Her Children (2017) and Twelfth Night (2014). Both productions received the State Best Actress prize. The program has also earned one Region appearance for Peter and the Starcatcher (2018), two Area appearances for their all-female production of Hamlet (2016) and Romeo & Juliet (2015). In August of 2017, the troupe traveled to Scotland where they were invited to perform Federico García Lorca’s The House of Bernarda Alba at The 70th Annual Edinburgh Festival Fringe, the world’s largest arts festival. He has been actively involved in theater for over fifteen years. Marco’s credits on stage include LITE Production’s Side Man (Ziggy), LLT's Measure For Pleasure (Sir Peter Lustforth), LTGI's A Midsummer Night's Dream (Quince) and LTGI's Wit (Jason). 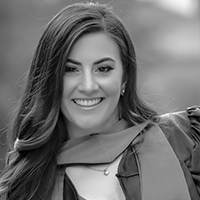 Allie Howland is currently the Student Philanthropy Coordinator at Texas A&M International University in Laredo, Texas. You may recognize Allie from previous LTGI productions, having performed in The Sound of Music (Louisa), Annie (Ronnie Boylan), Hairspray (Dynamite), Beauty and the Beast (Babette), In The Heights (Nina Rosario), and Blithe Spirit (Mrs. Bradford). Having a lifelong passion for the arts and our community, Allie serves on the Board of Directors for LTGI, the Laredo Cultural District, and the Boys & Girls Club of Laredo. 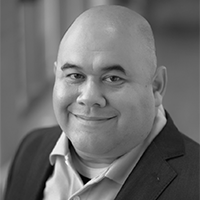 Jose “Joe” Flores, when not acting at his day job as a J.W. Nixon High School Theater Arts Teacher, One-Act Play Director and Debate Coach, is most known to jump onstage whenever he can, having recently appeared in the Laredo Little Theater productions of An Act Of God as God (2018), and Murder on the Orient Express as Hercule Poirot (2019). He is extremely happy to grace the LTGI stage again once again, having acted in the following shows, The Foreigner as Charlie (2011), Macbeth as the Porter (2012), Romeo and Juliet as Friar Lawrence (2013), The Diary of Anne Frank as Mr. Van Daan (2015), A Midsummer Night’s Dream as Nick Bottom (2016), and Hamlet as the Gravedigger (2019). More importantly though, He is excited to be working with a great group of people both onstage and part of the production team. The LTGI family is back creating live theater for the Laredo Community again, and his performance tonight is dedicated to all those involved in getting us back to what we love to do. Speaking of love, every now and then, Joe has loved acting as a director for the following LTGI productions of Man of La Mancha (2009), Blood Wedding/Bodas de Sangre (2012), The Who’s Tommy (2016), and The House On Mango Street (2017). 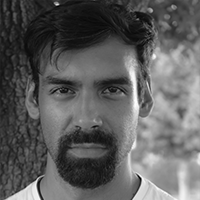 Gerardo Daniel Piña dedicates his performance to Nic Niarkos, a very special and amazing individual who previously shined in his performance of Max in Lend Me a Tenor. Nic was a brilliant and kind soul who served as an officer in the US Navy and was a much-loved husband and father who passed away too soon from cancer. 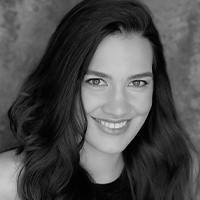 Casandra Canales is thrilled to be back on stage. Previous LTGI credits include Yerma, The 39 Steps, Blood Wedding and Romeo and Juliet. Thank you to the cast and crew! You all have made coming back to the theater the best experience. 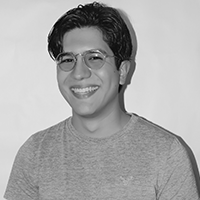 Jerry Guerrero-Estrada is excited to make a return to the stage in LTGI's production of Lend Me A Tenor as the Bellhop. His previous roles include Laertes in Shakespeare's Hamlet with LTGI(2019), Giles Ralston in Agatha Christie’s The Mousetrap with TAMIU Theater(2019), Bert in Mary Poppins Jr. with Laredo Little Theater(2018), and a smattering of others. He hopes to grace the stage once more surrounded by a wonderful cast and crew in this year’s production of Ken Ludwig’s Lend Me A Tenor! 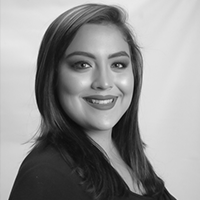 Kristen Nicole Ferreyro, formally known for roles in past LTGI productions including Hairspray (Tracy Turnblad) and The Who’s Tommy (Sally Simpson), is excited to be back on stage. Kristen currently is a bartender at BlueMoon Bar and Patio and spends her free time professionally performing with her band Kristen Nikole and the Jazzadelics for events and vendors. 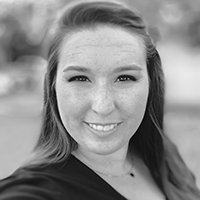 Karol Ann Batey (Director) has performed with LTGI in 10 productions, including Blithe Spirit, Yerma, and Elizabeth Proctor in The Crucible. Other Credits: The Laramie Project & Teatro Chicano (Laredo Little Theatre); 9 to 5 and The Odd Couple (Laredo College). LTGI Directing Credits: Disney’s Mary Poppins, God of Carnage and (Assistant Director) In the Heights. Other Directing Credits: Noises Off, Measure for Pleasure and Some Girl(s) (LLT). Karol is an Assistant Director of Assessment at Texas A&M International University, and her degrees include a B.A. in Theatre and a MPAcc. Karol is currently studying at Baylor University for her. Ed.D in Learning and Organizational Change. Karol thanks her Family & Friends, especially her daughter Lucy and her partner Jesus. 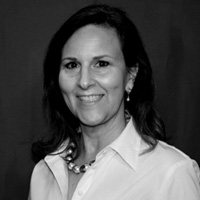 Linda Lopez Howland (Producer) Always Interested In The Performing Arts, Linda’s Involvement In Laredo’s Theater Community Began Years Ago As A Volunteer At Her Young Daughter’s Various Theatrical Performances. Linda’s Own Theatrical Involvement Started With Her Debut As Alice Russell In LTG’s Production Of Gore Vidal’s The Best Man In 2008. Since Then, She Has Remained Active With LTGI In Such Supportive Roles As Assistant Producer Of Man Of La Mancha (2009) And Bodas De Sangre (2012); Producer Of Doubt (2010), Agnes Of God (2011) And The Foreigner (2011); Shrek, The Musical (2015); Co-Producer Of Shakespeare’s A Midsummer Night’s Dream (2016); The Diary Of Anne Frank (2015); Disney’s Beauty And The Beast (2017) And Lin Manuel Miranda’s In The Heights (2018). Linda Served As Costumer Of The Taming Of The Shrew (2010), The Precursor For LTGI’s Class On Stage® Program. Additionally, She Played The Roles Of M’Lynn In LTGI’s Steel Magnolias (2013); Lady Macduff In Shakespeare’s Macbeth (2011), And Sis In Last Lists Of My Mad Mother (2010). A Native Laredoan, Linda Loves Her Community, Its People And Its Unique Culture. She Currently Serves On The Board Of LTGI As Immediate Past President. A Graduate Of The University Of Texas At Austin, She Has Been An Active Real Estate Broker For The Past 30 Years. To The Young Actors In The Cast, She Would Like To Say “Believe In The Process That Is Theatre; It Is A Journey, And The Life Skills You Develop As A Result Will Stay With You The Rest Of Your Life”. 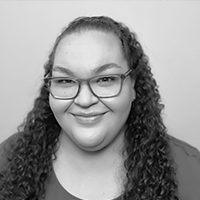 Chayo Moreno (assistant director/stage manager) is thrilled to be returning to LTGI. Most recently she had the pleasure of being Stage Manager in LTGI’s Mary Poppins. Other credits include: In the Heights (Assistant Stage Manager, LTGI), Noises Off and Measure for Pleasure (LLT). Chayo graduated from TAMIU with a B.S. in Elementary Education with a Bilingual Emphasis. She is currently working at Heights Elementary as a Kindergarten teacher and is attending TAMIU to earn her M.S. in Special Education with a concentration in Education Diagnostics. She would like to express her deepest gratitude to her friends for their unwavering love and encouragement. Lastly, she would like to thank Karol for always taking her under her wing and offering her endless support and friendship. 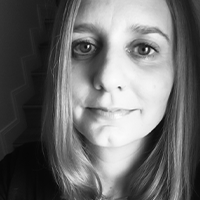 Telissa Lueckenotte Molano (Set Designer) Born And Raised Outside Of Kansas City, Missouri, Is A Graduate Of The University Of Kansas School Of Architecture And Urban Design With Studies In Both Rouen And Paris, France. After Working In Two Major Architectural Firms And Have Migrated South Down Interstate 35, She Met Her Husband, Juan, In Dallas. She Is A Partner In The Architectural Firm, Redline Architecture. Seventeen Years Of Drinking Laredo Water And Seven Seasons Of Collaborating With LTGI, She Has Helped Create Over 17 Sets Including In The Heights, Beauty And The Beast, Shrek, Cinderella, The Diary Of Anne Frank, My Fair Lady, Hairspray, Romeo And Juliet, A Midsummer Night’s Dream, The Who’s Tommy, Bodas De Sangre, God Of Carnage, The Crucible, Macbeth, The 39 Steps, Bless Me Ultima, Yerma, And The House On Mango Street. She Played Marlene In Daddy’s Dyin’ Who’s Got The Will. She Also Collaborated With The Society Of Martha Washington To Produce The 2016-2019 Colonial Ball Sets. She Is Blessed To Be A Board Member For Casa De Misericordia And LTGI. 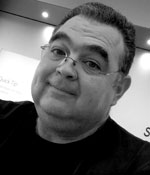 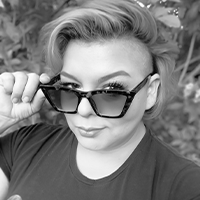 Amanda Michelle is excited to be part of the wonderful people of LTGI. She has been in theater productions such as The Company onStage’s The Little Mermaid as The sassy sister, Coral; Laredo Little Theatre’s Mamma Mia as Tanya, Laredo Opera Workshop’s The Addams Family in the chorus, and as Mrs. Darbus in High School Musical and in The Company OnStage, 2019’s production of Sleepy Hallow as Verity. But from onstage to backstage, she is proud to be this production’s Wigstress. When she’s not working on a show, she’s working hard at her home salon alongside her beautiful companion, mix terrier and holder of her heart, Butters.