BORDERS by Henry Naylor. In its first dramatic production in twelve months, Laredo Theater Guild International brings this riveting production of two tragic and gripping alternating monologues from a British press photographer, and an idealist Syrian graffiti artist turned refugee, whose paths converge in one moment. BORDERS is sobering and powerful in the way it brings together human experience in these two gripping stories.

Directed by Marco Gonzalez, and Produced by Stephanie Solis 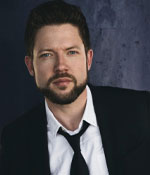 Adam is extremely excited to be making his LTGI Debut! He is originally from El Paso, Texas, has a BFA in Acting from Texas Tech, and a MFA in Acting from The University of Houston’s Professional Actor Training Program. Adam is a professional actor and most recently finished a national tour with the American Shakespeare Center and a very short run of “A Streetcar Named Desire” in Tennessee prior to Covid . Adam kinda plays a few instruments, people say he can sorta sing, and he’s an amateur magician, juggler, director, fight choreographer, teacher and the proud father of his amazing bulldog Benedick! Adam thanks his family more than anything in the world and thanks Marco for inviting him out to Laredo. This show and process has been a change, but an exhilarating journey!
“Love all, trust a few, do wrong to none.” W. Shakespeare 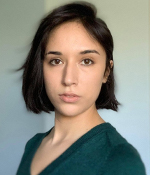 Borders is Daniela’s third production with Laredo Theater Guild. Previously cast in The House on Mango Street (2017), and The Diary of Anne Frank (2015), Daniela is excited to work with LTGI again to bring Nameless’ story to stage and screen. Daniela has performed with Break a Leg Productions (Shipwrecked, Significant Other, Into the Woods Jr.) and has appeared in The Marriage of Bette and Boo (Bette), and in short films throughout San Marcos and Laredo. Daniela has recently moved to Austin where she is excited to explore new opportunities in theater and beyond. 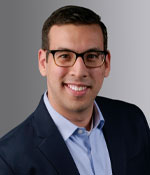 Marco Gonzalez is the Artistic Director of Laredo Theater Guild International and Audio/Video Production Teacher at J.W. Nixon High School. He is a graduate of The University Of Texas At Austin with a Bachelor's Degree of Science in Radio/TV/Film. His directing credits include LTGI's In the Heights (2018), LTGI's Yerma (2018), LTGI’s The Diary of Anne Frank (2015), LTGI's The 39 Steps (2014), LTGI’s Romeo & Juliet (2013) and Imago Theatre’s By The Bog Of Cats (2011). When not involved in community-based theater, Marco is the co-director of Nixon High School’s UIL One-Act Play with Jose Flores. During his time at Nixon, their program has garnered two State appearances for their productions of Mother Courage and Her Children (2017) and Twelfth Night (2014). Both productions received the State Best Actress prize. The program has also earned one Region appearance for Peter and the Starcatcher (2018), two Area appearances for their all-female production of Hamlet (2016) and Romeo & Juliet (2015). In August of 2017, the troupe traveled to Scotland where they were invited to perform Federico García Lorca’s The House of Bernarda Alba at The 70th Annual Edinburgh Festival Fringe, the world’s largest arts festival. Marco’s notable forays into film include interning at The Weinstein Company in Los Angeles, CA, attending the 2012 Sundance Film Festival in Park City, UT and working in production on many local short and feature films. He has been actively involved in theater for over fifteen years. Marco’s credits on stage include LITE Production’s Side Man (Ziggy), LLT's Measure For Pleasure (Sir Peter Lustforth), LTGI's A Midsummer Night's Dream (Quince) and LTGI's Wit (Jason). 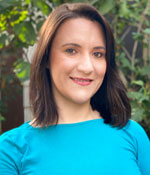 Stephanie Solis Schnyder, a veteran in Laredo’s theatre community having worked, both as an actor and in production, with LCC’s opera workshop, LLT, and LTGI under the direction of Dr. Joseph Crabtree, Vernon Carroll, Jose Flores, Marco Gonzalez among others. Stephanie’s most recent performance was as Katie Nana, Annie and Ensemble (Mary Poppins Broadway Musical). Other roles include Gertrude (Hamlet), Laura Wingfield (Glass Menagerie), Camila Rosario (In The Heights), Claire Ganz (Rumors) and Mrs. Simpson (The Who’s Tommy) led by her roles such as Edith Frank (The Diary of Anne Frank), Wicked Witch and multiple chorus roles (Shrek The Musical), Maria (Bless Me Ultima) and Marty (Grease), Ann Putnam (The Crucible) as part of Class on Stage, La Mujer de Leonardo (Bodas de Sangre), Antonia (Man of la Mancha), Sarah Brown (Guys and Dolls), Bobbi (Some Girls), Elaine (Arsenic and Old Lace), Lucy (Sweeny Todd: The Demon Barber of Fleet Street), Lily St. Regis (Annie), Sharpay Evans (High School Musical ’10 & ’18) and Ensemble (Disney’s Beauty and the Beast ’07 & ’17), among many others. She is the Choir Director at Lamar Middle School and the One Act Play UIL. Stephanie has done backstage work as Stage Manager for A Midsummer Night’s Dream and previously costumer for Little Shop of Horrors for LCC’s Opera Workshop and others. January 2020, Stephanie was Assistant Director and Stage Manager for Wit and most recently participated in Play On! A Celebration of Songs and Stories. This time Stephanie is honored to be able to produce Borders and work on this project alongside Marco Gonzalez. Even through these strange times we are thrilled to be able to continue to bring theater shows to life for our audiences, until we are able to be all together again on stage.

“Nothing is impossible, the word itself says ‘I’m possible’!” - Audrey Hepburn 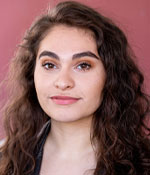 Meredith Peluffo has been a part of the Laredo Theatre Guilds productions of In The Heights, Marry Poppins and Wit. She attended the American Musical and Dramatic Academy emphasizing in Performing Arts. She is grateful for the opportunity and to her family, friends, and theatre community for their endless support, imagination, and humor. 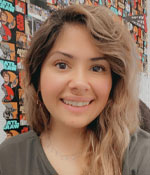 Gilda "Gigi" Caballero is a proud member of the LTGI community. She is also a co-founder and President for “Break a Leg” Productions. She holds a Masters degree in Theatre Arts at from Regent University and is, currently, the One-Act Director/teacher at United South High School. Her passion for theater started when she was cast in LCC's production of High School Musical when she was 18. Since then, she has also participated as a cast member, props mistress and costumer in multiple shows within the Laredo theatre community. She thanks God, her family, close friends and kiddos for always inspiring and believing in her.
Que viva el arte!