William Shakespeare’s A Midsummer Night’s Dream is directed by Vernon Carroll and produced by Linda Lopez Howland and Karen Mejia.

Tickets are available at Blue Top Reprographics, Primped, The Style Bar, and online.

• Advance tickets will be sold locally and online before the event.
• Remaining tickets will be sold at the Box Office 1 hour before each show time.
• Doors open 30 minutes prior to show time.
• All tickets are for open seating. In the event of a sold out show, available seats will be released by 10 minutes prior to curtain.
For more information email LTGI at  laredotheaterguild@gmail.com or call LTGI at (956) 319-8610 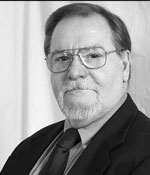 A native Texan, Vernon Carroll has an undergraduate and master’s degree in theatre from Southwest Texas State University (Texas State University). After teaching at Oliver Wendell Holmes High School in San Antonio, he went to Louisiana State University, Baton Rouge. While working at LSU as a scene designer and technical director, he received a design award from the American College Theatre Festival at the Kennedy Center in Washington, DC. Mr. Carroll then went to Appalachian State University as Director of Technical Theatre and Producing Director of the Appalachian Young People’s Theatre, spent five seasons as a scenic and lighting designer in Charlotte, North Carolina, then returned to teaching at the Northwestern State University of Louisiana, at Natchitoches. In 1994, Mr. Carroll came home to Texas, where he is Dean of Theatre at the Vidal M. Treviño School of Communications and Fine Arts. Mr. Carroll was the Director for You’re a Good Man, Charlie Brown, at the VMT. Mr. Carroll also directs shows for Laredo Theater Guild International such as Fame, West Side Story, Beauty and the Beast, Oliver, The Wiz, The Sound of Music, Annie, Doubt, Agnes of God, The Tragedy of Macbeth, The Crucible, Hairspray, and Shrek The Musical. When not directing, he also serves as Advisory Director for LTGI and can sometimes be found onstage, playing such roles as President Hochstader in The Best Man, President Roosevelt in Annie, or Colonel Pickering in My Fair Lady. Mr. Carroll is a co-founder and President Emeritus of Laredo Theater Guild International. He is married to Dr. Mary Grace Carroll, Director of Piano Studies at VMT. They have two children, Patrick, a musician and theatre artist, and Kathryn, a dancer, musician, actress and student of theatre at Texas State University. 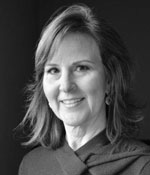 Linda López Howland is thrilled to co-produce the 6th play in the Class on Stage Series, LTGI’s production of Shakespeare’s Midsummer Night’s Dream. Always interested in the performing arts, her involvement in Laredo’s theater community began years ago as a volunteer at her daughter’s various theatrical performances. Linda’s theatrical relationship started with her debut as Alice Russell in LTGI’s season opener of Gore Vidal’s The Best Man in 2008. Since then, she has remained active with LTGI in such supportive roles as Assist Producer of Man of La Mancha (2009) and Bodas de Sangre (2012). Linda was the Producer of Doubt (2010), Agnes of God (2011) and The Foreigner (2011); Shrek, The Musical (2015); The Diary of Anne Frank (2015) and as Costumer on Shakespeare’s The Taming of the Shrew (2010). Additionally, she played the roles of M’Lynn in LTGI’s Steel Magnolias (2013) and Lady Macduff in Shakespeare’s Macbeth (2011) and Sis in Last Lists of My Mad Mother (2010). – You could say she followed in her daughter’s footsteps! A native Laredoan, Linda loves her community, its people, and its unique culture. She currently serves on the board of LTGI as President; she is a past president of the Children’s Advocacy Center, past president of The Luncheon Club, and is a member of the Society of Martha Washington. In fact, in 2017, Ms. Howland and her husband, Doug, will portray Martha Washington and General George Washington for the 120th Washington’s Birthday Celebration. She is a graduate of the Leadership Texas Program; is a charter member of the Leadership Laredo Program as well as a member of the first ever class of Leadership Laredo. A graduate of the University of Texas at Austin, she has been an active real estate broker for the past 29 years. Linda and her husband, Doug have two children of whom they are immensely proud. To the young actors in the cast, she would like to say “Believe in the process that is theatre; it is a journey, and the life skills you develop as a result, will stay with you the rest of your life.” 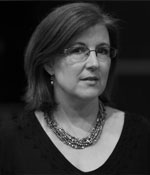 Karen Mejía is the Financial Director of The Blue Top Companies, providing land surveying and printing services in South Texas. A Midsummer Night’s Dream is the third time she has served as Producer for the LTGI Class on Stage Series, previously having produced The Crucible and The Diary of Anne Frank. She served as Assistant Producer for Steel Magnolias and Hairspray and as Costumer for Shrek The Musical. A lifelong Texan, she was graduated from The University of Texas at Austin with a major in History. Karen moved to Laredo 23 years ago and married the wonderfully incredible Deacon Henry Mejía. Together they have three talented children: Sarah, a Junior in the Mighty Longhorn Band at United High School; Miguel, a Freshman Business major here at Texas A&M International University; and Alejandro, a Junior Physics and Electrical Engineering major at The University of Texas at Austin. 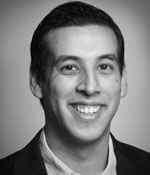 Marco González (Quince) is the Artistic Director of Laredo Theater Guild International and Audio/Video Production teacher at J.W. Nixon High School. He is a graduate of The University of Texas at Austin with a Bachelor’s Degree of Science in Radio/TV/Film. His directing credits include LTGI’s recent production of The Diary of Anne Frank (2015), LTGI’s The 39 Steps (2014), LTGI’s Romeo & Juliet (2013) and Imago Theatre’s By the Bog of Cats (2011). When not involved in community theater, Marco co-directs Nixon High School’s UIL One-Act Play with former mentor, now colleague José Flores. Last year, the pair advanced to the Area level with their all-female production of William Shakespeare’s Hamlet. In 2013, they directed Nixon’s history-making production of William Shakespeare’s Twelfth Night, the first One-Act Play from Laredo to advance to the State level in 50 years where Kathryn Carroll (Viola) was awarded the Samuel French Outstanding Performer Award. Marco’s notable forays into film include interning at The Weinstein Company in Los Angeles, CA, attending the 2012 Sundance Film Festival in Park City, UT, and working in production on many local short and feature films. Actively involved in theater for over fifteen years, Marco’s credits on stage include LITE Production’s Side Man (Ziggy), LLT’s Measure for Pleasure (Sir Peter Lustforth), LTGI’s The Foreigner (Rev. David Marshall Lee), LITE Production’s Beat. A Play on Words (Actor 7), LTGI’s Bodas de Sangre (Woodcutter) and LTGI’s The Crucible (Rev. Samuel Parris).